Navratri is one of the biggest Hindu festivals, celebrated in the months of Chaitra and Ashwin with the names Chaitra Navratri and Sharad Navratri respectively. In many parts of India, People keep fast during navratri days to purify the mind, body and soul, as it is one of the rituals of Navratri festival. Navratri fast helps in other ways also, it improves the immune system and make you healthier. During Navratri, the markets are laden with navratri fast materials, Puja materials as well as decoration items for beautifying the place of worship. The sweet stores stock huge quantities during these festive days as the devotees offer daily Prasad to the Goddess. Below we have described about Navratri fast, navratri fasting rules, vrat procedure, navratri recipes that you can make at home and types of fasting.

Sacrificing personal interests is also considered as a part of praying to the almighty. Thus, many men and women observe navratri fast during the span of the festival. The process of fasting during the Navratri is believed to be explained by the divine Goddess herself to an ardent devotee of hers. It is believed that proper fasting during the Navratri brings success and prosperity to individuals and their families. People who exercise fasting are known to have better metabolism in their routine lives and make healthier as well. During navratri fasting time, many sweet stores and restaurants also offer special diet for fasting and special fasting Thali in their menu.

As there are nine auspicious days, nine sacred nights and nine divine goddess, we are enlightening information on nine interesting facts about Navratri. Below mentioned, amazing nine Navratri facts can familiarise you well with all the aspects of Navratri festival. Navratri fasting rules may different from one state to another state in India or could be different from community to community. Same fasting rules are applied during ekadashi, Janmashtami, Gauri vrat and Maha Shivratri fasts. It is hard to follow all the navratri vrat rules during 9 days of navratri upwas because people have to keep remember that they should not eat any unnecessary things, which is not allowed in fasting. It could be a tuff time for the people but devotees keep the fasting for 9 days and show the determination, devotion and dedication towards the goddess. Navratri fast helps in gaining weight loss as well as to please nine goddess to get the some blessings.

What Devotees should not use/do during Navratri Fast: What to eat during Navratri Fast:

Navratri fast is one of the important aspects of navratri festival. Some people keep the fasting till whole 9 days while some keep the fast for only first and Ashtami. People can break the fast on Ashtami or Navami during navratri. Before breaking the fast devotees should do Kanyak Puja where people has to worship nine small girls, eat them something good and then give some gift to them. Some people break the fast on the tenth day also when all nine days are ended and it is Dussehra on the tenth day. In the year 2020, Devotees will start Navratri Fast from October 17, 2020 and break the navratri fast on the last day of Sharad navratri i.e. October 25, 2020.

Religiously following the Navratri fasting procedure is believed to yield fruitful results to the devotees. The people observing fasts are expected to wake up early in the morning and get ready for the prayers at the earliest. Prayer is offered by singing hymns and mantras from the Durga Saptashati. People keeping partial fasts eat one time food after the prayer in the evening. A platter of food prepared in the house is first presented to the Goddess during the time of Aarti and then mixed with the food eaten by all considering it as distribution of the Prasad to all.

Some people eat the fruits only at one time generally in the morning, it is called Falahari and at the evening, they take the navratri vrat foods while some devotees eat only one time until 9 days completed. Some people used the flour-based food both time at morning and evening and also consumed milk, tea and fruits juice etc. The people who follow the navratri fasting procedure and all the rules perfectly, nine goddess pleased with them (devotees). Maa Durga blessed them with strength, wisdom, wealth and happiness.

Indians are known to cook special delicacies for each and every occasion. The juvenile atmosphere during the navratri is accompanied by preparation and sales of many distinct products which are permitted for people to consume in the fasting hours. Check the list of navratri vrat recipes that devotees can consume during fasting -

3- Rajgira ka Atta:
Rajgira ka Aata (Amarnath flour) can be used to prepare Halwa, Thalipeeth, Poori, Paratha and Kadhi. One can also use roasted Rajgira in preparing Laddos and Kheer.

4- Arrowroot Flour
This flour is used as a binding agent with the dishes.

5- Vrat ke Chawal
You can make Khichdi, Upma, Pulao and many other dishes from vrat ke chawal (Barnyard Millet). One can also use the plain steamed for a different taste.

Types of Fasts Observed by the People:

Hinduism is a Sanatan Dharma and it does not impose strict rules on the manners of offering prayers or keeping fasts. According to the Hindu religious books, it is the intent what matters to the Almighty and not the end result. Thus, keeping hard lined nirjal or nirahar fasts are a matter of personal choice and level of self - restraint.

People keep either full fast throughout the 9 days where they are allowed to eat only Falahari products or Partial fasts where the people can break the fast post prayers in the evening. The only compulsion is the food eaten during the navratri should not contain onion, garlic and common salt. Rock salt is preferred in the edibles which are made during the days of festivity.

Celebrating Chaitra and Sharad Navratri has some scientific reason too. As you know already know, these two navratris are observed during the weather change. During the Chaitra navratri it is the time of starting Spring season while during Sharad navratri it is the time of starting winter season. Experts say, this is the time when body’s immunity level is at all time low so we should not eat heavy meals like meat, grains and salt in a large quantity. We should eat light meals and nutritious meals, which help in making the immune system better. During this time we should keep remember the below mentioned points.

2- It is advised, do not keep the stomach empty for a long empty, eating something at regular intervals.

3- Add Curd in your fasting meal.

4- Keep yourself away from fried and mouth-watering dishes. Most of the people like fried stuff a lot, which can give you taste for a while but it is not good at this time.

The joy of the devotees sees no bounds when they hear the bhents and bhajans during Mata ki Chowki and Jagratas aka. Jagrans organised by devotees at various places during the Navratris. The devotees are seen dancing to the beats of dhol, table and other Indian instruments as the singer takes them into a trance of divine tranquillity.

People keeping fasts enjoy their hearts out at the garba and dandiya ras organised across the country during the Ashwin Navratris. The culture primarily is seen at its colourful prime in the state of Gujarat, which is native to the Garba and Dandiya Ras form of traditional dance styles. The garba nights gather huge attendees as people from all races participate and have a great time together. Couples dancing garba and dandiya together are a treat to the eyes as the chemistry between partners adds a new flair to the overall ambience.

Check various Navratri Vrat Recipes, which One can prepare at Home Easily 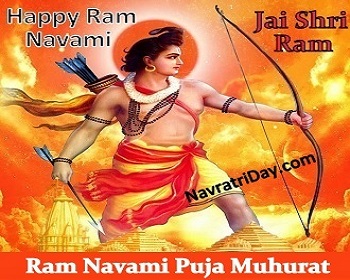